On the morning of February 26, Vice Chairman of the Provincial People's Committee (PPC) Nguyen Tuan Ha chaired a meeting with departments, sectors and businesses involved in the Street Festival at the 7th Buon Ma Thuot Coffee Festival in 2019 to review some related preparation activities. 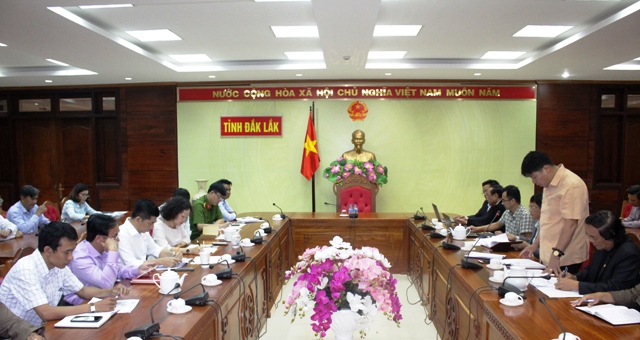 Overview of the meeting

The Street Festival scenario was approved by the PPC in Decision No. 127/QD-UBND dated January 18, 2019. This activity will be undertaken by Trung Nguyen Legend in coordination with the Department of Culture, Sports and Tourism. According to the report, the general director of the event is from the Ho Chi Minh Youth Cultural House; the event is expected to officially practise on March 6-7, 2019 by professional actors and singers from Ho Chi Minh and Buon Ma Thuot’s students and farmers, generally approve at 13h-18h on March 8, and officially perform at 16h-17h30 on March 9. 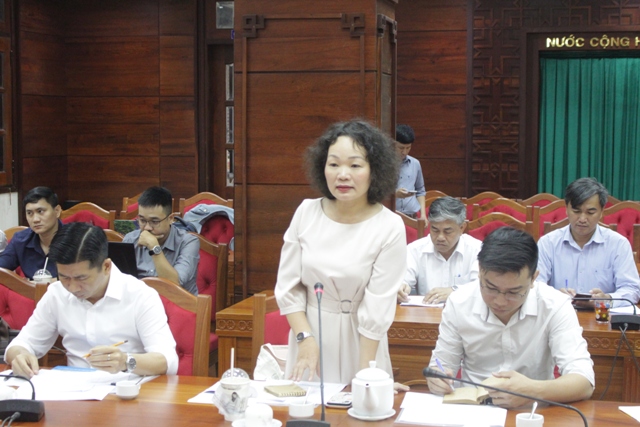 At the meeting, Trung Nguyen Legend proposed to the PPC to streamline the number of gong artisans; in charge of accommodation, logistics, traveling, and remuneration and training expenses for the groups performing at the Street Festival. The Department of Culture, Sports and Tourism will mobilize local students and people to participate in parades in the event with the optimal budget plan to contribute to the festival success. 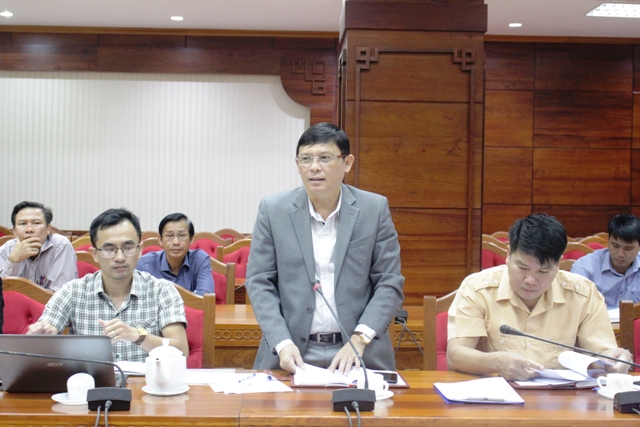 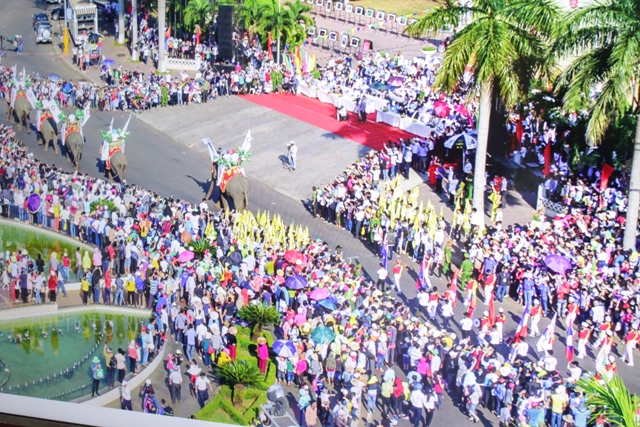 The 6th Street Festival looks from above

On this occasion, Trung Nguyen Legend also proposed that in addition to hand-held coffee trees, there will be a small flag printed with the provincial message; sound layout and location for people to interact with artists and beauties; time to prohibit road for the Street Festival. Flower cars in districts, towns and cities attending the parade must be creative to ensure the festival theme. 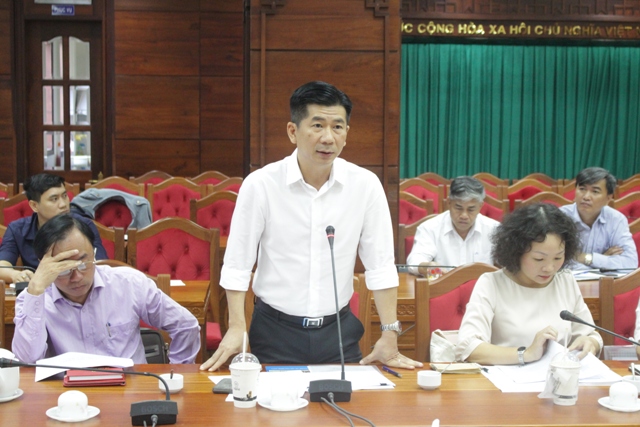 Speaking at the meeting, Vice Chairman of the PPC Nguyen Tuan Ha asked the departments and branches to coordinate with Trung Nguyen Legend to effectively prepare for the Street Festival. The Vice Chairman emphasized that the Department of Culture, Sports and Tourism should  coordinate well with the general director and be the director for the program. Regarding foreign artisans, the Vice Chairman directed the Department of Foreign Affairs to coordinate with the Department of Culture, Sports and Tourism to organize the reception and performance. Each locality or each group will have 20 artisans participating in the event; if there are any difficulties, the locality or each group should report to the PPC for coordination. It is expected that about 300 artisans will represent for 15 groups. The training and travelling expenses will be covered by localities.

The Department of Education and Training is assigned to select 800 students with good looks, good health to attend the parade; promote propaganda about the meaning of this Festival.

The time of practice and the official performance will be implemented as proposed by Trung Nguyen Legend. The guests will be invited at 15:30 on March 9. The PPC will approve the decoration of flower carts before implementation. The PPC also encourage districts to flexibly create models of flower cars with particular characteristics of each locality. 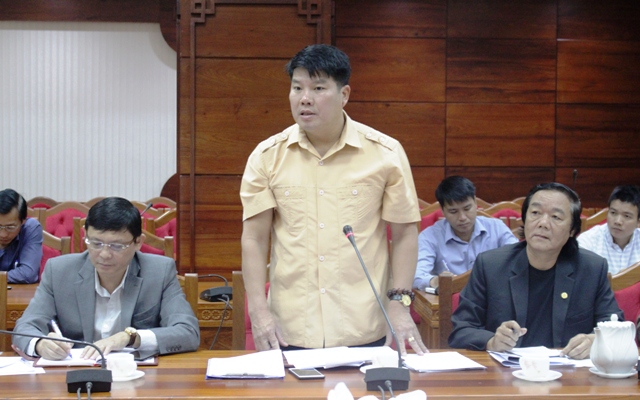 The leader of the provincial Department of Culture, Sports and Tourism speaks at the meeting

At the meeting, departments and agencies also participated in discussions on street sanitation; ensuring security and order; support level for students and artisans; medical vehicles, seats for international visitors.