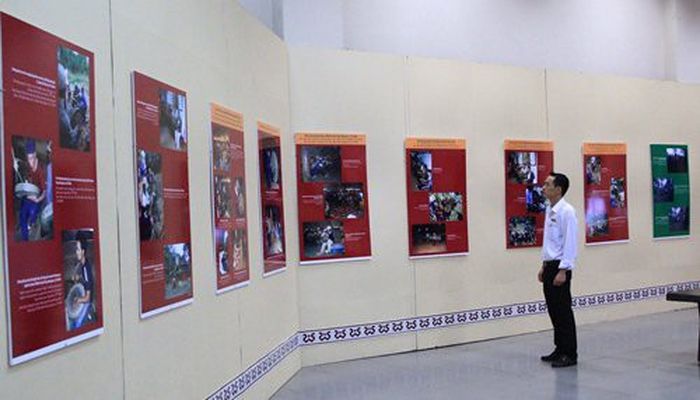 The Organizing Committee of the 7thBuon Ma Thuot Coffee Festival issued the Plan No. 02/KH-BTC on January 7, 2019 about the display of the photo exhibition of the "44th anniversary of Buon Ma Thuot Victory – Historic paths”.

The photo exhibitions aims to introduce to people, ethnic groups inside and outside the province images, documents and artifacts about the battles of Buon Ma Thuot, historic stories - memories of witnesses; promote images of construction process, outstanding achievements of Dak Lak province over the past 44 years. In addition, the photo exhibition is to educate the young generation on the spirit of patriotism, national pride, trust in the leadership of the Party and State in the current renovation.

It is expected that the Organizing Committee will display 200 photos, including 75 art photos and 125 documentary photos. The content is divided into 04 topics: "Buon Ma Thuot - Historical battles"; "Socio-economic natural picture of Dak Lak over 44 years"; "socio-economic Potential and development plan of Dak Lak to 2020, orientation to 2030"; and "agricultural-forestry-industrial products and potentials of Dak Lak".

Print Photo Exhibition of the 44th anniversary of Buon Ma Thuot Victory – Historic paths” will be held March 9-16, 2019
Other news