Inheriting and developing the results achieved through 6 last coffee festivals, contributing to promoting the brand of Buon Ma Thuot coffee, the seventh biennial Buon Ma Thuot Coffee Festival in 2019 will be held on March 9th – 16th, 2019 with the theme " The Quintessence of Jungle".

The first new point of this festival is that the Dak Lak Provincial People's Committee has selected the official logo for the Coffee Festival. It has been designed by Le Trung Hoa from Ho Chi Minh city following the idea of the spread of dandelion flowers in the wind; flowers are connected from flying coffee beans that symbolize the strong spread of the Festival. The highlight of the logo is the word "Coffee" with the letter "C" shaped a flower and also gongs, bearing the message "Cultural identity, the essence of the Central Highlands peoples through the Festival will spread throughout the world”. Logo used in English as a key, demonstrating the strong connection and spirit of development, international integration of Buon Ma Thuot coffee. 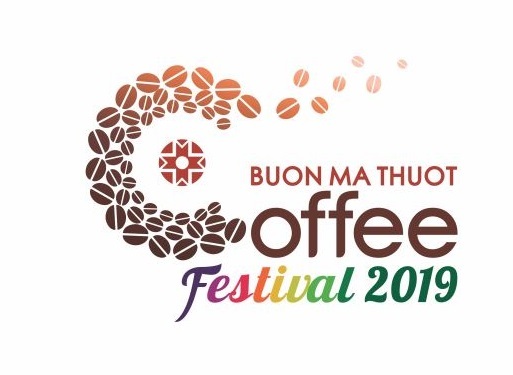 With the policy of socializing the organization of the Festival and the objectives of organizing the Festival such as: Promoting Buon Ma Thuot coffee brand, gradually making Buon Ma Thuot become the destination of world coffee; honoring coffee growers, processors and traders; encouraging the community to join hands to the development of coffee culture in Vietnam in general and Dak Lak province in particular, Dak Lak province has approved the scheme of organizing the 7th Buon Ma Thuot Coffee Festival in 2019 with various new activities. 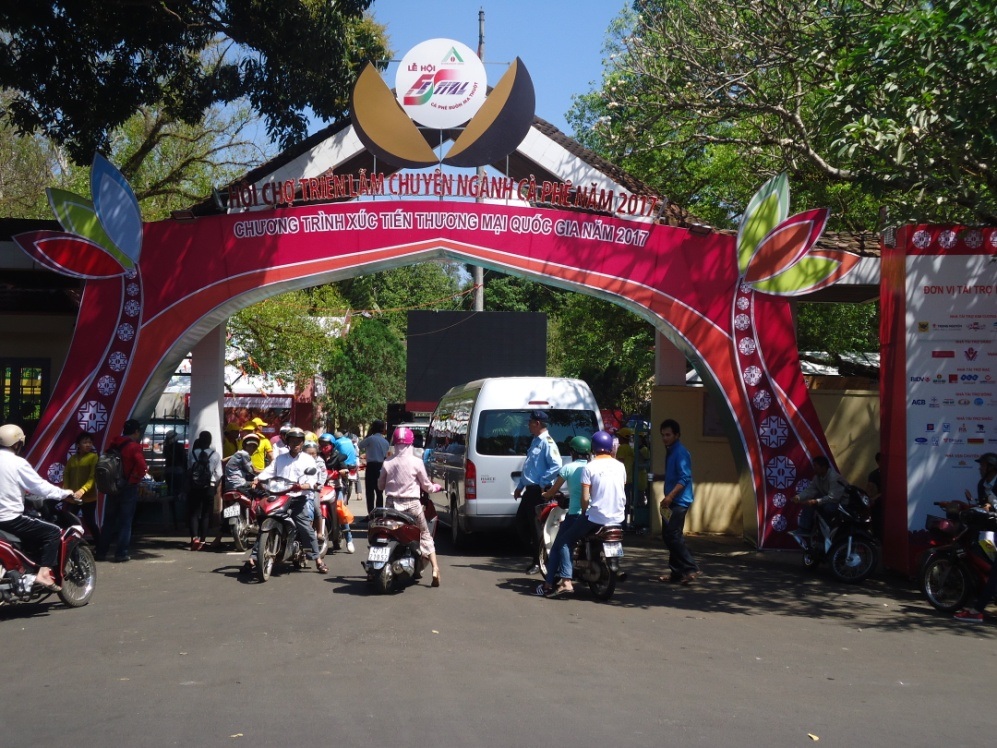 Portal of Coffee Specialized Exhibition at the 6th Festival in 2017

Specifically, during this seventh biennial Festival, some new activities such as: Workshop on the Development of Vietnam's Specialty Coffee (on March 10th, 2019); Exhibition of World's Coffee History (on March 9th – 16th, 2019) at Trung Nguyen Coffee Museum.

In addition, during the previous festivals, the barista and talented bartenders of the whole country and the world participated in the Coffee Brewing Contest, the Competition of Vietnam's specialty coffee quality 2019 will be held on March 5th – 9th, 2019 on the framework the Specialty Coffee Exhibition at No. 72-74 Nguyen Tat Thanh St., Buon Ma Thuot City.

Also on the occasion of the Festival, visitors and tourists also have the opportunity to enjoy tourism activities imbued with national identity in Dak Lak province through activities such as Buon Don Elephant Festival, wharf praying ceremony, health praying ceremony for elephants, competitions such as elephants running, elephants playing football, elephants tugging and elephants swimming with traditional cultural and sports activities of Buon Don district. In addition, visitors and tourists will be able to directly participate in traditional festivals such as: rain praying ceremony, health praying ceremony, ceremonies of fraternization, new rice celebration, maturity ceremony of local ethnic minorities at 33 ethnic minority villages of Buon Ma Thuot city and districts and towns in the province.

In addition, Dak Lak province also implements "Buon Ma Thuot Coffee Book Street" at the alley 02 Phan Chu Trinh, Buon Ma Thuot city, stretching about 100m and modern, impressive design with local cultural characteristics, including 23 booths for reading, drinking coffee, soft drinks and souvenirs, and being expected to serve customers from 8h to 22h daily. Expectedly to operate on March 9th, 2019, the Buon Ma Thuot Coffee Book Street will be a place for meeting and exchanging professional experiences among people working in the same field, among field managers within cities, provinces across the country. This is also the place for authors and readers to exchange and introduce new books and compositions; germinate, discover young authors, sponsor new works; create habits and ways to read books. Moreover, this is a place to serve and satisfy the cultural and spiritual needs of local communities and visitors; enjoy a unique Central Highlands painting, bold local cultural identity; weekend relaxation place of local community. In addition, Dak Lak province has invited the Miss Universe Vietnam 2017 H'Hen Nie (who won a place in the top 5 of Miss Universe 2018 in Thailand) - the “daughter” of Dak Lak as the media Ambassador of Buon Ma Thuot Coffee Festival in 2019.