The Dug-out canoe race competition took place in Lak Lake of Lien Son township in Lak district on the morning of March 14 as part of the 7th Buon Ma Thuot Coffee Festival, 2019. 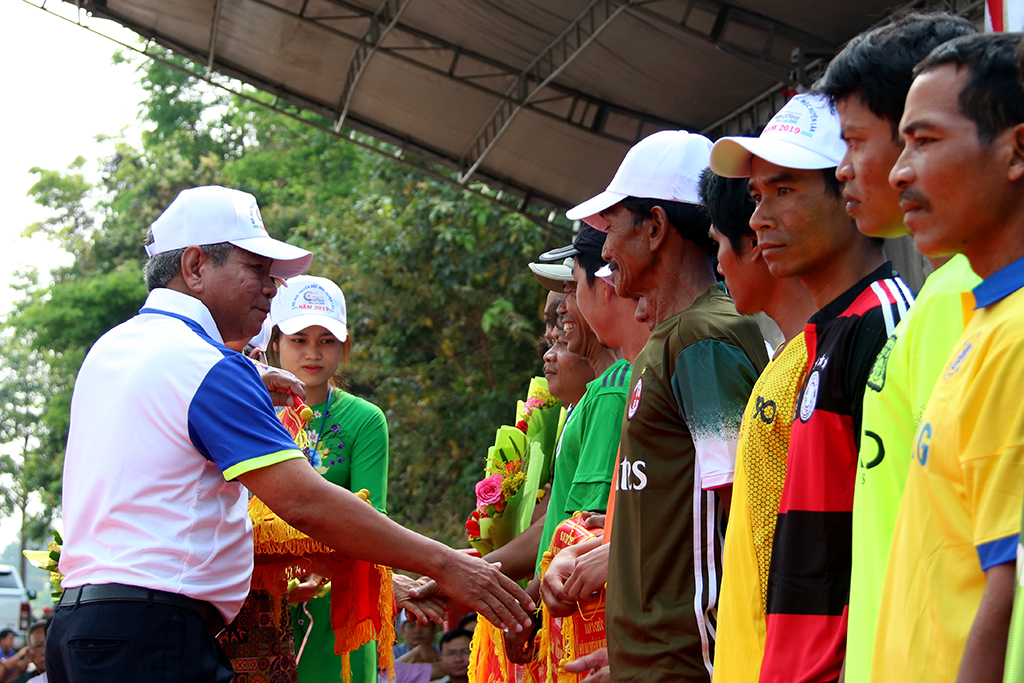 Contestants are presented souvenirs to teams.

This year’s race was a competition of 90 people who were divided into 19 teams from township and communes of Lak district, racing in three sessions of two-man race, three-man race and four-man race. 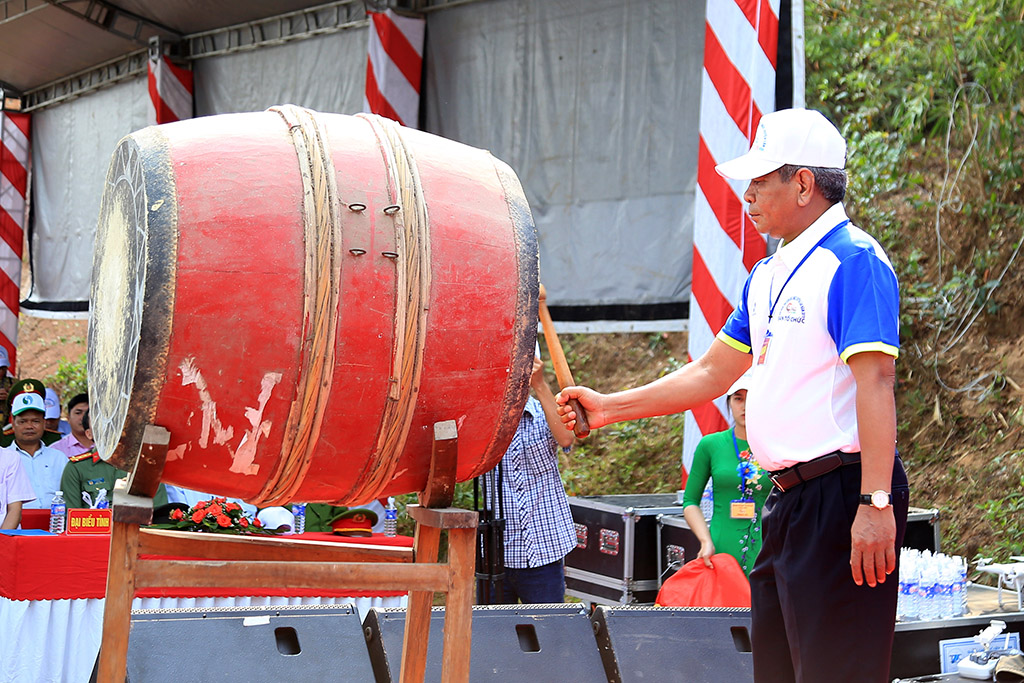 Y Bang H'dok, chairman of Lak district People’s Committee and head of the organising board, beats the drum to signal the start of the race. 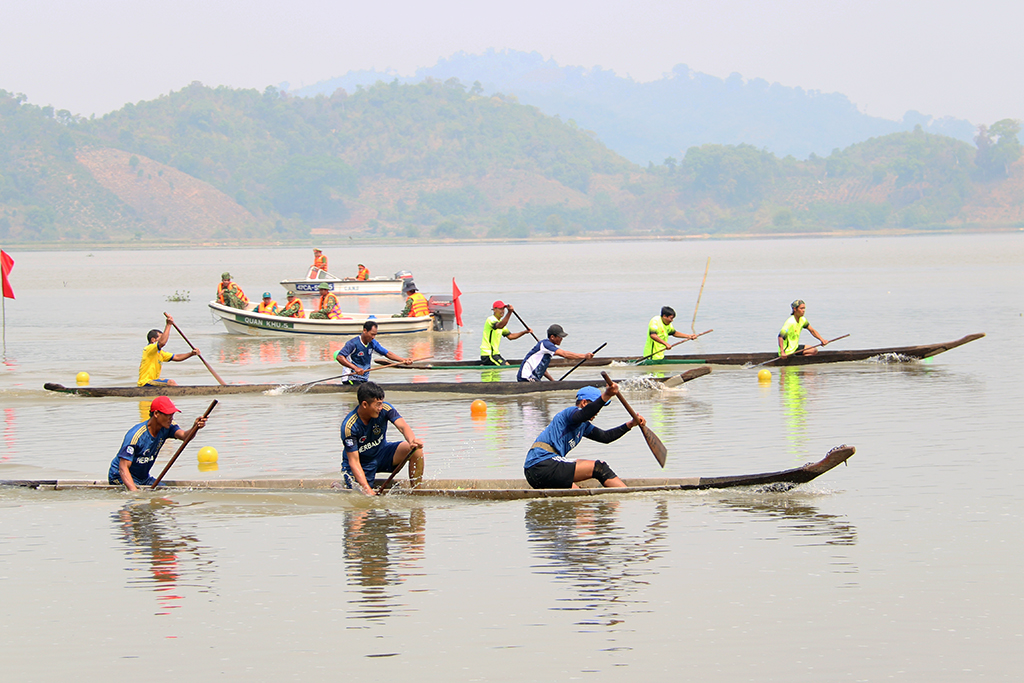 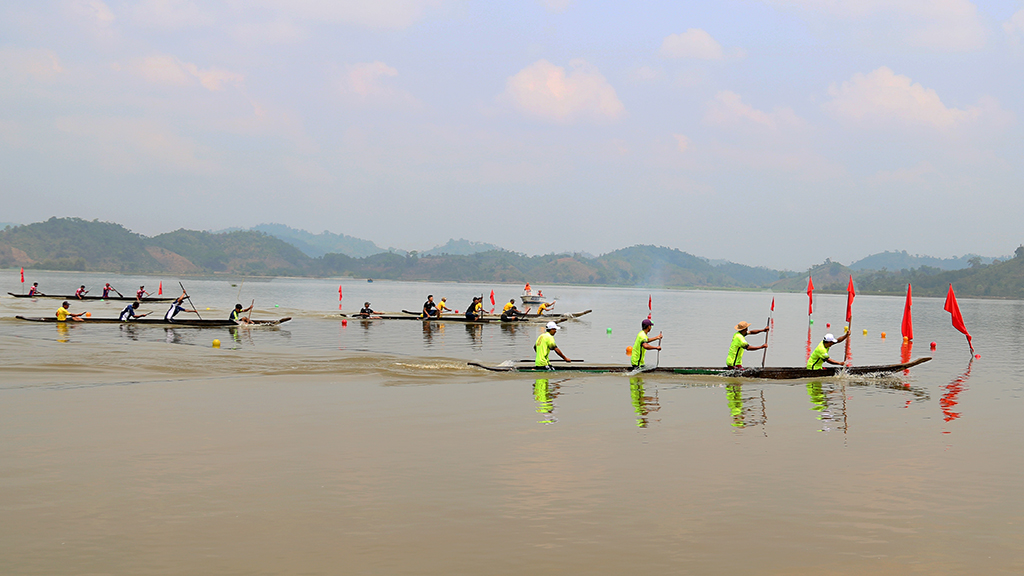 Two teams of the four-man race finishing their competition.

In the session of four-man race, the organising board presented the prize to dug-out canoe number 2 (owned by Ma Chien boat - residential group 2 of Bong Krang commune), the second prize to dug-out canoe number 13 (owned by Ma Gon - Hien Thuy), and the third prize to dug-out canoe number 7 (owned by Ma Khoi - residential group 2 of Dak Lieng commune). In conclusion, Bong Krang commune was the winner of the competition with one first prize, two second prizes and two consolation prizes. The first runner-up was Hien Thuy with two first prizes and two second prizes, while Dak Lieng commune was the second runner up  with two third prizes and one consolation prize.  Yang Tao finished four in the competition with one third prize and one consolation prize. 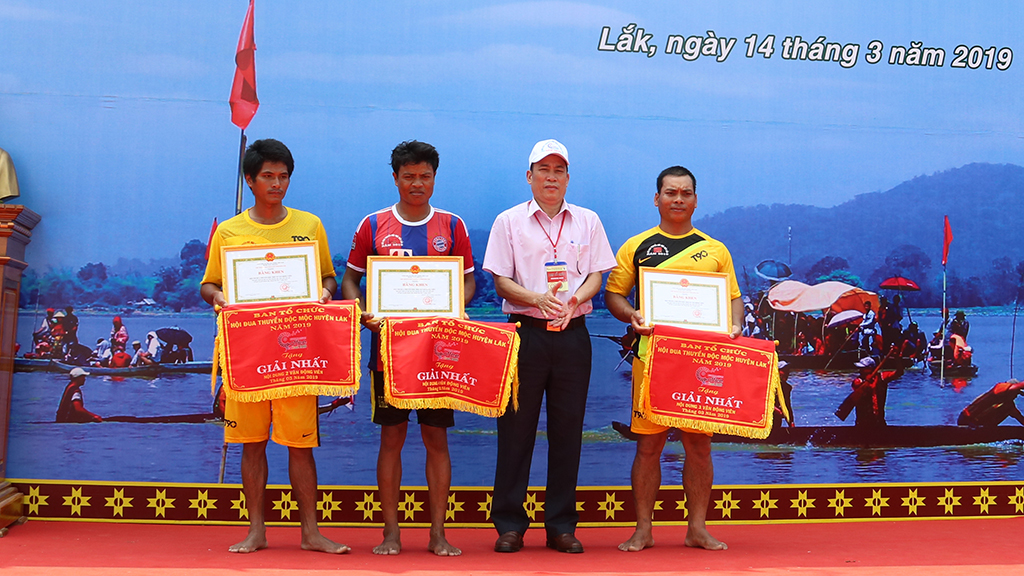 Addressing at the closing and awarding ceremony of the race completion, Vice Chairman of the PPC Vo Van Canh emphasized that the success of this year's race competition will continue to mark an innovation step in preserving and promoting the beauty of traditional customs of ethnic people in Lak district; bring cultural values back into the daily life to serve the country's renovation as well as the people’s cultural and spiritual life. 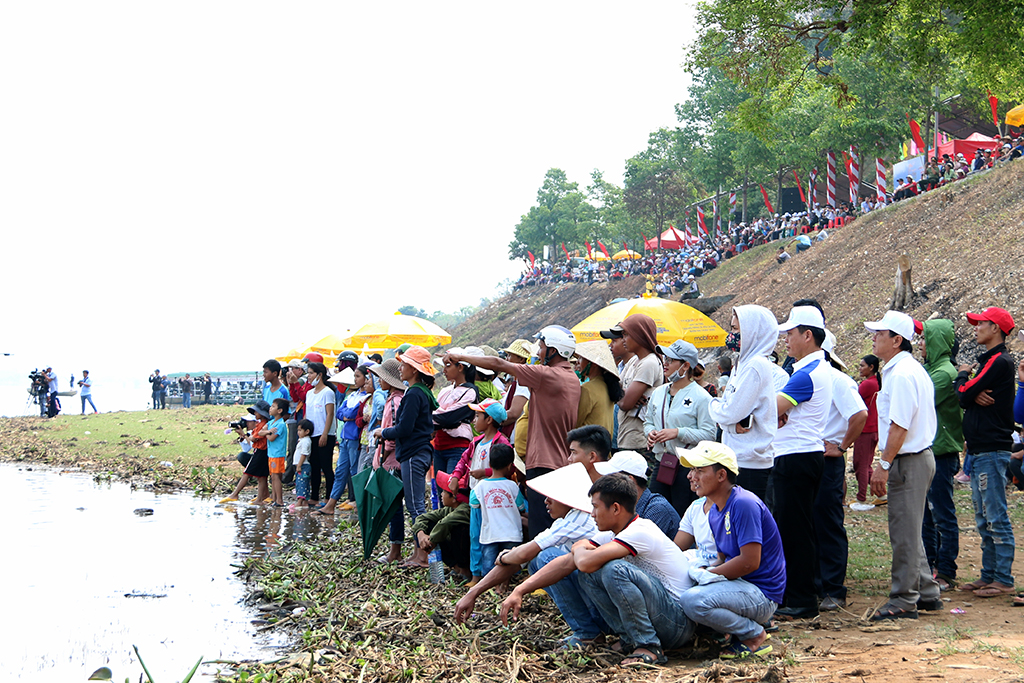 The dug-out canoe race competition on Lak Lake is one of the traditional festivals bearing the cultural values of local people; contributing to promoting the beauty of Lak lake in particular and Lak district tourism in general to domestic and foreign tourists.