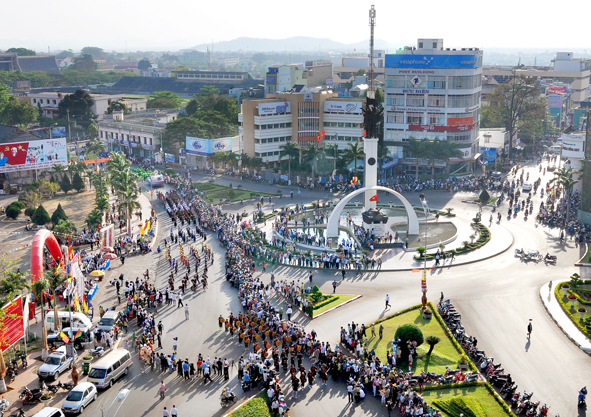 Pursuant to the PPC’s Plan No.10748/KH-UBND on the Information and Communications Plan for the 7th Buon Ma Thuot Coffee Festival in 2019, the Departments and sectors in the province have implemented the Festival’s communications in various forms in accordance with their assigned tasks. In addition, in the Context of Industry 4.0, the communications methods at this Festival is the active participation of media enterprises and the people, taking advantage of social networks to convey messages, express emotions and create positive effects in the social networking community.

With the motto of centralizing factors of the local people, culture, heritage, and local core values, Pro Communication and Events Co., Ltd - the unit presiding over the communications for the Festival has built the suitable products for communications on social networks such as Facebook, Zalo, Youtube, etc. Just over a month since the Provincial People's Committee issued the Festival Organizing Plan, Pro Company has completed the communications and designed above 10 avatars which conveying messages about the Festival to the online community and become a campaign to attract thousands of people to participate in the communication from December, 2018. 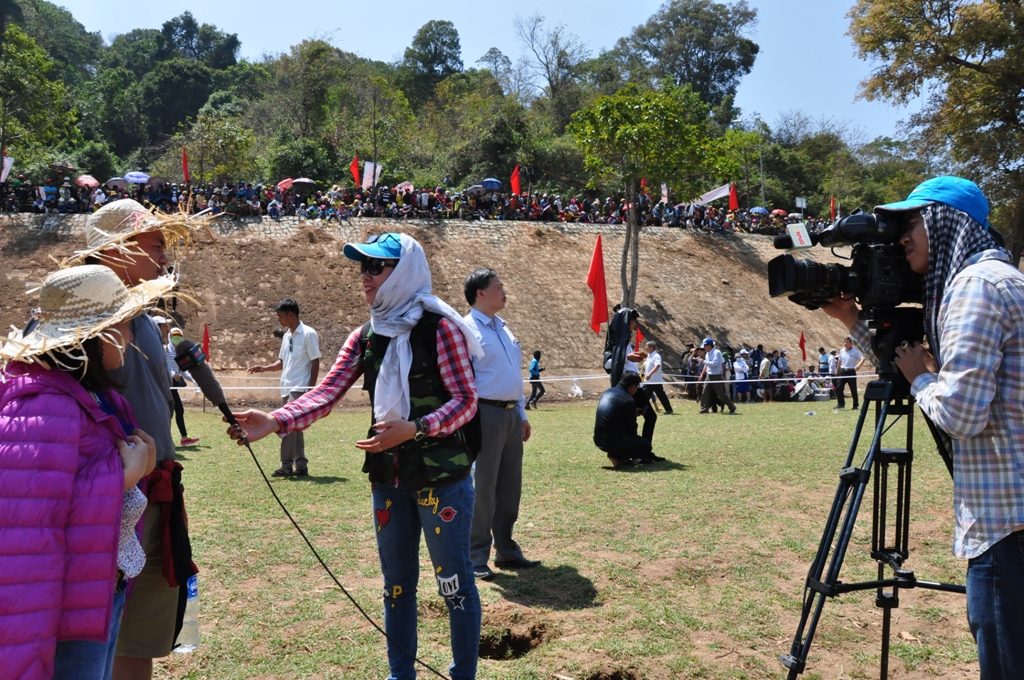 From that trend, many social networking sites joined together to create a lively wave of communications for the Coffee Festival. The representative of Pro Communication and Events Co., Ltd. said that according to statistics, there are about 10 prestigious social networking sites inside and outside the province linked to promote to the Festival’s activities, such as diendantaynguyen, Buonmathuot Daklak, etc. that have attracted over 300,000 turns of favorites and follows. Each social network administrator is as an online reporter and social media ambassador for the Festival. Besides the main information, administrators are actively sharing new destinations and typical cultural activities for everyone. Currently, Pro Company advises Dak Lak province in building Dak Lak brand recognition system and the Festival’s introduction clips, designing advertising publications in the form of smart files to help visitors easily access information related to the Festival.

In addition, to facilitate the press journalists before, during and after the Festival, the Company suggested providing information to the press agencies by sharing an account (big data: Google drive). Beautiful image data, the Festival’s videos and information will be gathered and updated regularly, facilitating press agencies to exchange data for each other as quickly as possible, effectively and timely promoting the Festival. As the result, the press agencies can use the information integrated with the digital media instead of wasting time on waiting for the departments and branches. 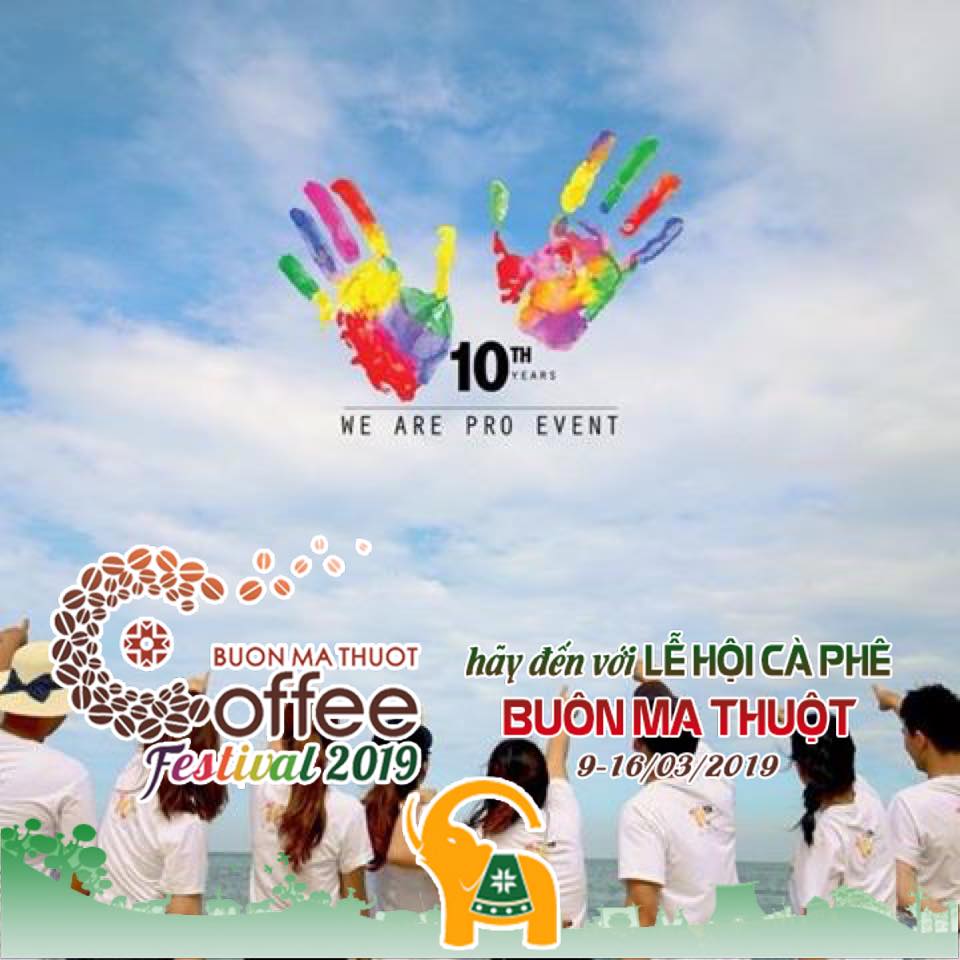 Besides, the Department of Information and Communications has updated Festival-related news, articles and images on the Provincial Portal (daklak.gov.vn) and the Festival’s website (lehoicaphe.vn), at the same time advising to link two these sites to local ministries and branches throughout the country. Each officer of the Department has changed the avatar on their facebook account. 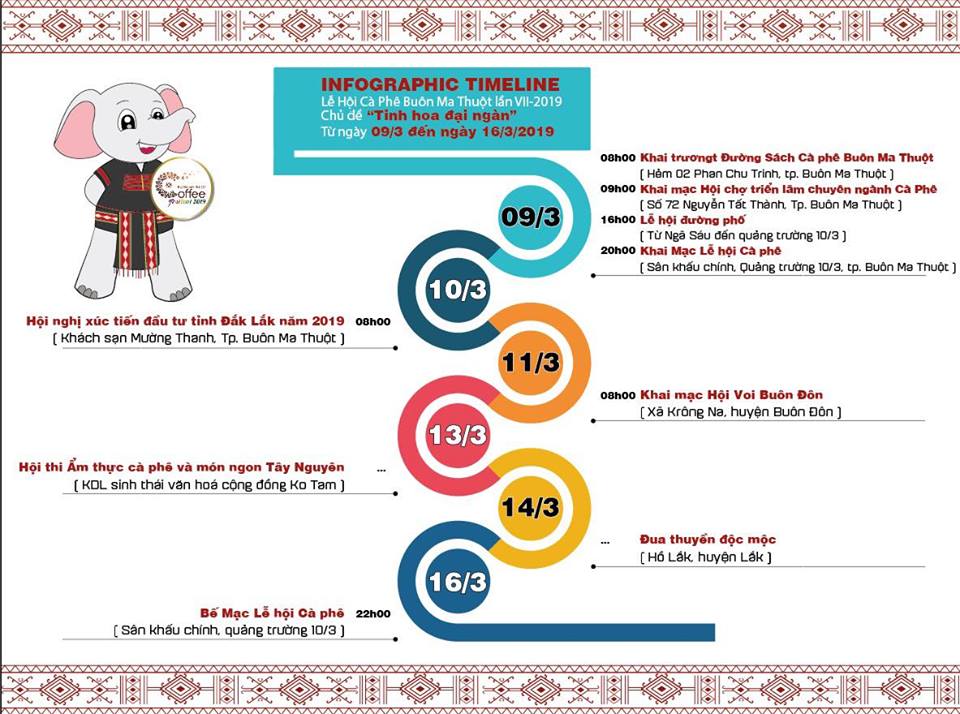 Festival’s activities have been used the infographic design, combined with application of scanning QR code for visitors to look up

Mrs. Nguyen Thi Le Thuy in charge of the Communications of Buon Ma Thuot Coffee Museum shared that communicating through social networking sites is the current trend of attracting tourists. To prepare for the Festival, the World Coffee Museum regularly connects and introduces the main activities of the 7th Buon Ma Thuot Coffee Festival, 2019 on Facebook, performs traditional cultural activities to introduce to visitors. However, in order to spreading strongly the Festival, every citizen and business in the area should take responsibility for conveying information to their friends, contributing to promote and develop Vietnamese specialty coffee, step by step positioning and bringing Buon Ma Thuot and Dak Lak to become "The destination of world coffee".

The 7th Buon Ma Thuot Coffee aims to continue to promote Buon Ma Thuot Coffee brand, contributing to raising the value and affirming the position of Vietnamese coffee in the international market; honoring coffee growers, processors and traders; encouraging the community to join hands in the development of coffee culture in Dak Lak province in particular and Vietnam in general.

Print Communications for the 7th Buon Ma Thuot Coffee Festival, 2019: A citizen, an ambassador
Other news